Battle of the Saintes 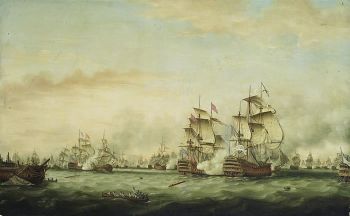 The Battle of the Saintes started on the 12th April 1782 and took place over 4 days in the West Indies between Dominica and Guadeloupe.

De Grasse reversed his course to protect a dismasted ship that was being chased by four British ships as he made for Guadaloupe. The change of course and a sudden shift of wind left gaps in the French line and Rodney's flagship Formidable and several other ships, including the Duke and the Bedford, broke through, raking the ships as they did so. The resultant confusion in the French line and the severe damage to several of the French ships, including De Grasse's flagship Ville de Paris, led eventually to De Grasse's surrender and the retreat of many of his ships in disorder. Four French ships were captured and one, César, blew up after she was taken.

The British lost 243 killed, including 2 capytains, and 816 wounded. The French loss in killed and wounded has never been stated, but of captains alone, six were killed.. It is estimated that the French loss may have been as much as 8,000. A total of over 5,000 French soldiers and sailors were captured. 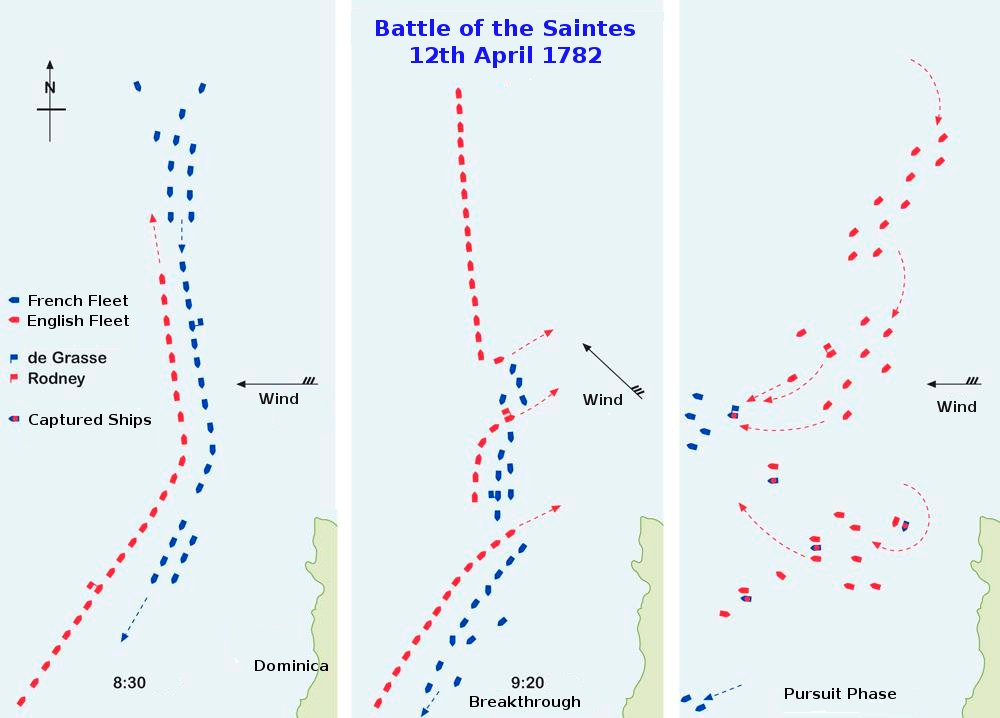